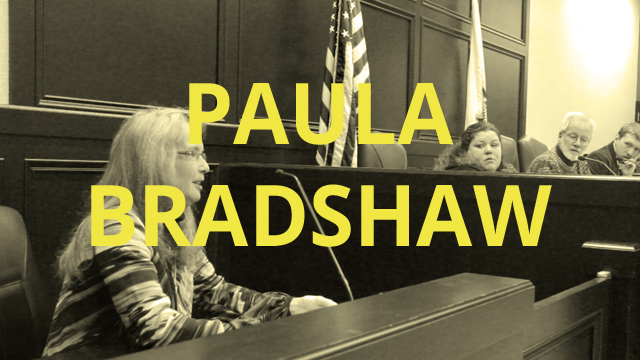 on the broad social impacts of US farm policies

Here is the testimony of Paula Bradshaw, a nurse and host of a radio show in Carbondale, Illinois. Bradshaw outlines the historical and present connections between the USDA and US Farm Administration policies and the proliferation of genetically modified commodity crops. She aligns many issues, including a correlation between the surge in population obesity and the more widespread use of corn as a sweetener in processed food. The sound is not very good until about 2/3 of the way in. Her testimony is transcribed below.

Beauty pageant contestants frequently respond, when asked what they dream of, “I want to feed all the little children of the world.” More likely, they dream of a modeling contract, followed by a movie career. Monsanto also proclaims its desire to feed all the little children of the world. More likely, it wants increased profits on its way to controlling all the genetic plant material of the world. A government’s main concern should be the welfare of its people, and the protection of basic needs – like air, water and food — should be number one. In the last 30 years, our government has turned from protecting our ability to feed ourselves, and has also attacked the ability of people around the world to feed themselves. Although there are 4600 calories of food per person, per day, produced now in the world, a billion people go hungry. Obviously, Monsanto can’t provide a solution, since the problem is not food production, it’s food distribution. Even before fossil-fueled agriculture, farmers grew more food than was needed to feed the people. Michael Pollan points out that excess corn grown in the 19th century was turned into whiskey, leading to high rates of alcoholism in early America.

In the previous Great Depression, farmers produced more food than they could sell, while people went hungry. The government stepped in with a price support program, including paying farmers not to grow crops on marginal or environmentally sensitive lands. Food prices were kept high enough so that farmers were not driven bankrupt, while any excess was stored for future needs. Farm policy changed under President Nixon. Earl Butz, his Secretary of Agriculture, encouraged farmers to grow as much as possible, telling them to plant hedgerow to hedgerow. The new policy paid farmers based on how much they grew. The more they grew, the more they were paid. Earl Butz also told them to get big, or get out. The new policy, coupled with Paul Volcker’s high interest rates in the 80s, led to hundred of thousands of farmers losing their land, Farm Aid concerts notwithstanding. Farmer suicides soared, and there were occasional murders, although the phrase “going farmer” never caught on the way “going postal” did. Now, less than 1% of Americans are farmers. 75% of the billions of dollars of farm subsidies go to the top 10%. Who gains from this subsidized overproduction of a few products, mostly corn and soy? Besides the large factory farms, transnational corporations like Monsanto, which sell the seeds and herbicides servicing monoculture. What does overproduction of monoculture mean? What effects does it have upon America and the world when 6,000 daily calories of corn for every American is produced? The effect on the environment of the 40% of the world’s corn grown in the U.S. starts with massive amounts of herbicide dumped on Monsanto Round-up Ready corn, which requires massive amounts of artificial fertilizer to grow. The excess herbicide and fertilizer leak into the underground water and rivers of America, creating a massive dead zone in the Gulf of Mexico, south of where the Mississippi River flows, before the BP/Halliburton oil spill.

Americans can’t possibly eat 6,000 calories of corn a day, so most is fed to animals, kept in cramped and horrendous conditions in Concentrated Animal Feeding Operations, which is animal abuse on a massive scale. The waste the packed-together animals produce, which could be used to fertilize the soil, becomes an air and water pollutant, instead. Not only do the animals lead a miserable life, so do the humans who live near CAFOs.

Livestock aren’t the only animals being fattened. With 9 billion animals killed yearly for food in the U.S., a people who used to think chicken every Sunday was high living now eat dead animals for every meal, usually deep fried in corn oil. Another part of the corn crop is turned into the high fructose corn syrup, now added to almost all processed foods, and to the sodas which have gone from 8 oz. to 20 oz. over the past decades.

The result? Obesity rates and the rate of diabetes in the U.S. have skyrocketed. 75% of Americans are now considered overweight or obese. Yet farm subsidies are never mentioned as the source of the 500% increase in obesity since 1975. As with skyrocketing unemployment rates, individual Americans are blamed. Just as no one ever asks why 20 million unemployed Americans became “lazy” in the last 10 years, when globalization increased the numbers of factories moved out of the country, no one ever asks why so many Americans lost their willpower when the farm subsidies started. Instead, they are sternly lectured on healthy food choices.

Americans don’t eat all the surplus, of course. The rest is burned in cars or shipped overseas.

The rate of poverty in Mexico rose from 35% to 50%, and millions of Mexicans were pushed off the land. Many went to live in the slums of Mexico City, but millions came to the U.S., where they went to work on our farms and slaughterhouses. In 1990 there were 4.5 million Mexican-born people living in the US. By 2008, there were 12.68 million. Their increased numbers are used to divide the working class of the U.S., and to increase support for a national security state, with decreased freedom of movement and Big Brother-like biometric IDs for all, to be handed over on demand to Homeland Security.

The story is the same across the globe, as U.S. economic and military might is used to force countries to open up to U.S. farm products and Monsanto seed. Monsanto now supplies 25% of the world’s seed, and is using all its power to prevent peasants from doing what peasants have done for 10,000 years — save seed for next year’s planting.

When the U.S. invaded Iraq, the cradle of civilization and birthplace of agriculture, one of the edicts it forced on that country turned Monsanto loose to sell seed yearly to the farmers. In India, an average of about three farmers a day commit suicide, frequently by drinking a bottle of Roundup, the Monsanto product that drives farmers into bankruptcy and despair.

The opening of South Korea’s markets to cheap foreign imports devastated its farmers. Since the 1995 Agreement on Agriculture, Korean farmer debt grew four-fold to approximately $30,000, forcing millions off their land and into poverty. In 1970, farmers made up 44.7 percent of the Korean population. By 1995, only 11.6 percent were farmers. In 2003, a South Korean farmer killed himself in protest at the Cancun meeting of the WTO.

Haiti was self-sufficient in rice production 30 years ago, and now relies on cheaper imports, resulting in the same story: peasants forced from the land and into the cities, where they provide a cheap labor force for US multinational corporations.

The Earth now has 7 billion people crawling over its surface, with, for the first time, more than half of them living in cities instead of the country. Are these former farmers drawn to the big cities for a chance to live out their dreams of living in a loft and exploring their artistic sensibilities? No. What are called “mega-cities” are actually enormous open-air slums, with people crowded into shacks built from scraps in cities such as Mexico City, Lagos and Jakarta. The story is similar all over the world. The last 30 years of neo-liberalism, gone into high gear after the collapse of the Soviet Union, with the New World Order proclaimed by the first Bush, was a triumph of imperialistic capitalism, as the WTO and GATT agreements turned sovereign governments into signing agents for multinational corporations like Monsanto to take over economies.

As much of the remaining undeveloped world,( which is code for the last of our remaining original planetary ecosystem), is razed and turned over to plantations and farms using genetically modified organisms, we humans, who evolved in the Holocene era, with its mild climate and diverse biosystems, are facing disaster. Monsanto is the poster child of evil corporations, with its drive to monopolize the genetic material of all food plants on Earth, and its salesmen, lawyers and goons making life miserable for so many farmers around the world. But it’s not the only one.

Either we break the control of the corporations over our lives, and the lives of all other species on our planet, or we, and they, perish.